Over the 12 years I met a lot of very interesting guys. Many of them very memorable. But one guy in particular was a guy called Sam, from London who would visit at times in order to make videos. I’ve just posted some of his videos of Rascal training Sqwirm to be a puppy at Deviant’s Dog Show.

You can find the videos at http://bound4play.co.uk/Deviant/ 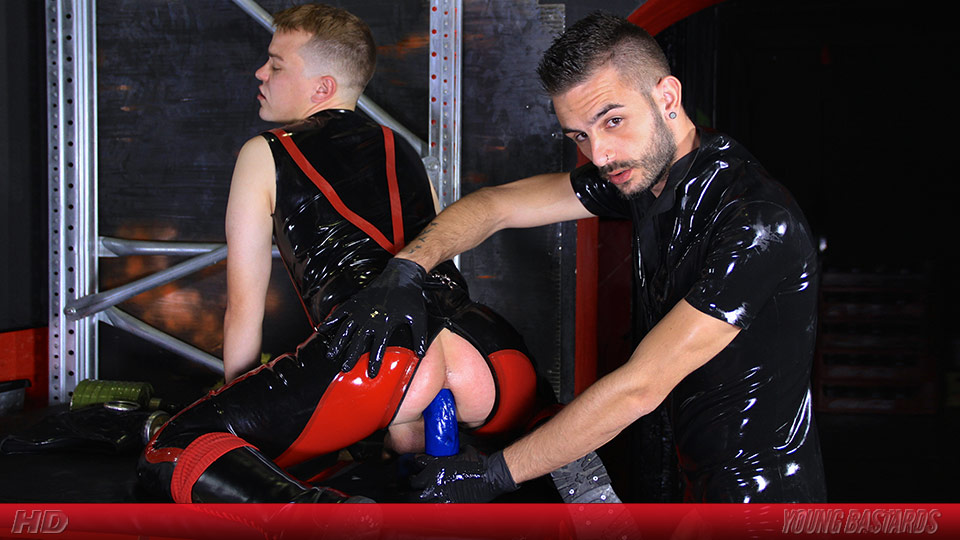 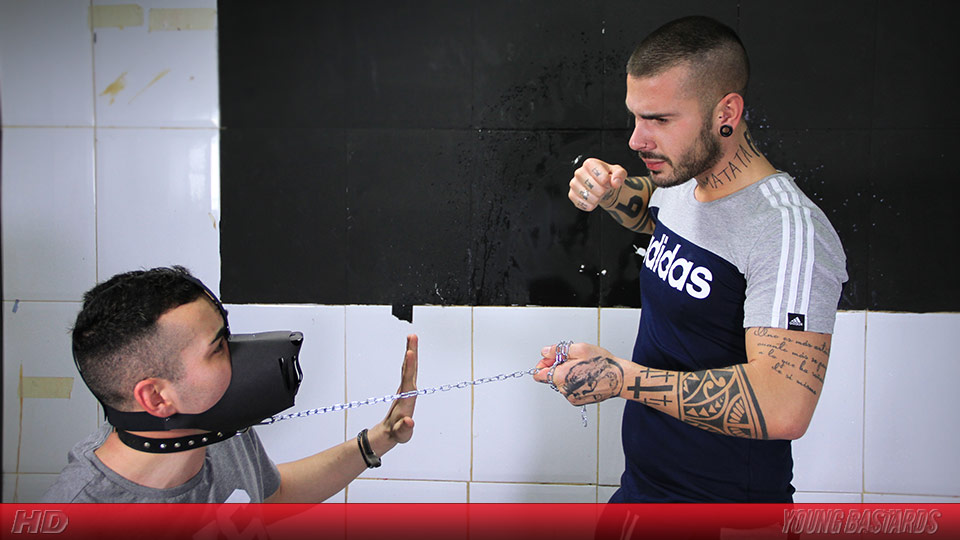 Abraham Montenegro can be a real nasty macho when he gets fucking. He just loves to dominate other dudes and turn them into his sluts. Shy and inexperienced Alex is just what he’s after! The young twink first has to lick Abraham‘s feet clean and then eat dogfood straight from the bowl. When Alex starts to play up he gets a couple of heavy slaps and a wad of slimy spit. His disciplining continues with his ass getting paddled â€“ his tiny cunt glows as red as a stop sign! Horny as fuck, Abraham rams his fat dick first into his mouth and then into his boypussy!

A hook for puppy’s lead

This message is intended for British Viewers So if you’re an American, please don’t complain if you can’t receive the programme.

Pup Dynamo has taken part in this documentary and I’m told the trailer for it is good.

I have to say that reading the write up about the programme it appears this documentary has been filmed by a bunch of amateurs who haven’t done their research.

A remarkable behind the scenes look at the hidden world of human pups: a secretive subculture of men who dress and behave like dogs. Why do they covet doggy treats, belly rubs and squeaky toys?
and

In the UK, there are estimated to be 10,000 human pups: men who dress in elaborate dog suits and behave like dogs. This remarkable documentary explores their hidden world.
– – – – – – – – –
Don’t get me wrong, I know that puppy play has changed over the last few years, because of the greedy people who have exploited the opportunity to sell lumps of rubber for pups to shove up their arse. But to my knowledge puppy play is far less secretive than wife swapping, bondage, watersports or any other fetish activity, so I fail to see why the Producers have to attempt to suggest puppy play is akin to a dirty raincoat activity.  But I will reserve judgement until I’ve seen the show and just hope the show is more accurate than their description.

This puppy box is perfect for making sure the puppy quickly learns to keep a good puppy posture whilst he’s been played with, tormented and teased

Another album added to the galleries of the totally free site bound4play.co.uk

Last Week I found Dynamo Pup on my doorstep after he’d been wandering through the city streets.

He is now locked in chastity and completely under control. To see more pictures of him and keep a track of his exploits visit his ongoing blog by clicking here

This week, this 20 year old pup was roaming the streets, so I picked it up and took it home. A little electro torture soon had it very compliant. Anyone who knows me, will know how much I dislike puppy tails, Generally they are a complete waste of time, the pup needs an arse as big as a bus garage to accommodate the plug. But this pups bushy tail has a very small steel plug that he can take comfortably and even sit on.

Hoods are another beef of mine, I like to see the face of the pup when he’s performing his task. To me that has always been the biggest part of puppy play. That is also the feelings of others who have admired the pictures of some of the cute lads I have played with in the past. But this puppy has already invested in his hoods so I have accepted them into our play. One advantage of a hood being worn is if another victim arrives, he can be tortured without ever knowing who’s tortured him!

Yesterday, I claimed the pup as my own, and because he’s able to keep going all night long, I named him Dynamo, so his collar and name tag are locked on.

Pictures have been posted to bound4play

If anyone wants to know more about him, his profile on recon is “bristolson20”

I often see this old image floating around the internet, and I still have pleasant memories of taking a very nervous Duece to my club HARD where he was worked on infront of others. Then Puffer arrived and we had them playing doggy infront of a large crowd of guys dressed in fetish kit. Of course this was the good old days when pups were pups without the need of hoods and tails. A handler could give a command and see the reaction to that command in the pups face!
Sadly, they don’t make pups like that anymore

The story behind this picture has started at bound4play

Look at him showing off its pussy!

Within seconds of meeting, they were both stripped and made to kneel in the bar:

Just how cute is this puppy? Although, I think the handler would look good with a collar too!

For me, this is real Puppy Training. Much better when everyone is able to see the reaction and expressions on the pups face.